As mentioned in my last article “The Law” there were rules in 1st Edition DreadBall for an alternate referee: Ref Dredd. It’s a small change that can be made when playing the game that can add a bit of variety and a lot of fun. Along the same lines I present a few alternative DreadBalls: 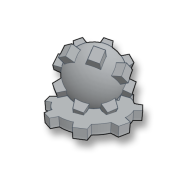 Rules: If playing with the Adepticorp DreadBall any player that takes damage from being hit by the ball is treated as Fragile when rolling their Armor Test. Additionally if the Ball Shatters card is played all players in the same hex as the ball or adjacent hexes must make a Dodge test vs 6 dice (4+) or be hit by shards of the ball. 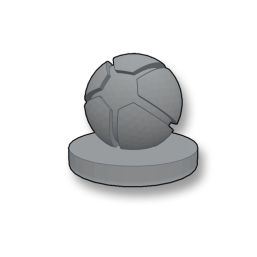 Rules: If playing with the Mark 2 DreadBall, the Ball cannot shatter. If the Ball Shatters Special card is played ignore it’s effect. Instead the player that played the card may look through the discard pile and take any 1 card they find there into their hand. The Mark 2 DreadBall is not only more durable, but also more aerodynamic with advanced gravity generators. When throwing the ball farther than 4 hexes treat all distances as 1 hex less.

These alternative DreadBall and their associated rules can be swapped into any game of DreadBall for a bit of flavor and extra fun.

Here are STL files if you are so inclined to print a ball to play with using these rules: 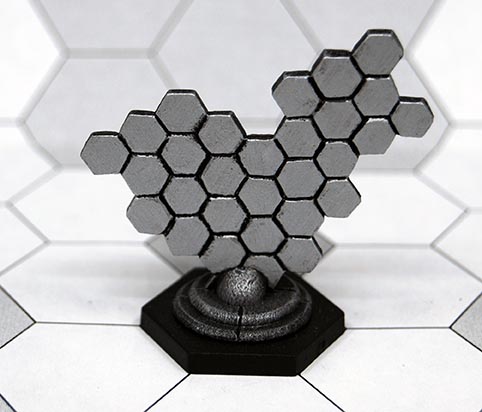 Ah, League play. I’m a big fan of Leagues, especially for sports games. Getting to grow your roster over the course of the season, the ups and downs, and trying to build that dynasty season after season. I much prefer Leagues to Tournaments, they are just a simply more rich and rewarding experience overall.

Unfortunately, I have very limited opportunities for League play in DB. I have had a few small sampling’s, and a couple of the very fun League in Day/Night events that I have been able to participate in, but that is sadly it. The real joy, at least in my previous experience with “other” sports games, has been the season after season legacy….or “franchise mode” of the game. This doesn’t seem to be something done very often anymore. It would seem most folks prefer to start over with new teams each season. Certainly that can be fun too, and add a lot of replay value to the game using different teams. This also makes it more accessible to new players joining in on a new season, everyone starting at the same level.

However, I’d like to propose a few “radical” ideas for use in DreadBall Leagues that have worked well in other games too. I present to you, DreadBall: Franchise Mode!

The first thing to keep in mind with the Franchise approach is that it’s not just about the current season, but the subsequent ones as well. That legacy game mindset alone can completely change your decision making on how you choose to level players and which support staff to add to your rosters. Other than that, things play out pretty much the same as any other league. It’s the roll-over that makes things interesting. This is basically encapsulated in two main rules.

For the start of “year two” of Franchise mode, there is a little quirk. You introduce a Salary Cap, which is a predetermined Team Value for starting teams. For our example, let’s say the Cap in season two is 1500. This would mean that all rosters would need to be trimmed to fit this value. If my team at the end of season 1 was, say 1700, I’d have some decision making to do on roster cuts. You essentially rebuy your team from your current roster using the players new values. Because, remember, when players rank up, their value increases accordingly. In dropping some veteran players, you may find yourself adding some new rookies to bulk out your roster as well. The nice part is, this still allows new players, or veteran coaches wanting to start new teams, an opportunity to join in the fun, they simply start with more credits to buy their roster using the same 1500 team value.

Another fun quirk is to not allow MVPs in your leagues. Instead, you have players on Waivers. After players finish adjusting their rosters, any veteran players that were dropped from teams are put on a master list for the league, and become eligible to be hired by other teams as transfer players. This adds a lot to the continuity of the seasons as players grow and change teams and build stories of their own. The only MVPs are the ones who have been created before your very eyes on the pitch.

While Salary Cap and Waivers are the two main rules behind Franchise mode, one of the other appealing aspects of a Franchise campaign is having more options to save and spend your hard earned credits on….like upgrading your team facilities or having more staff options to explore. However, that’s a little outside of the scope of this article for now. Maybe we can revisit that in 2019. 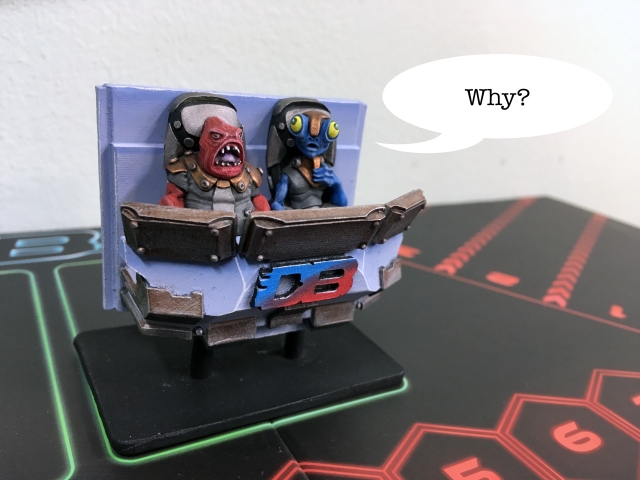 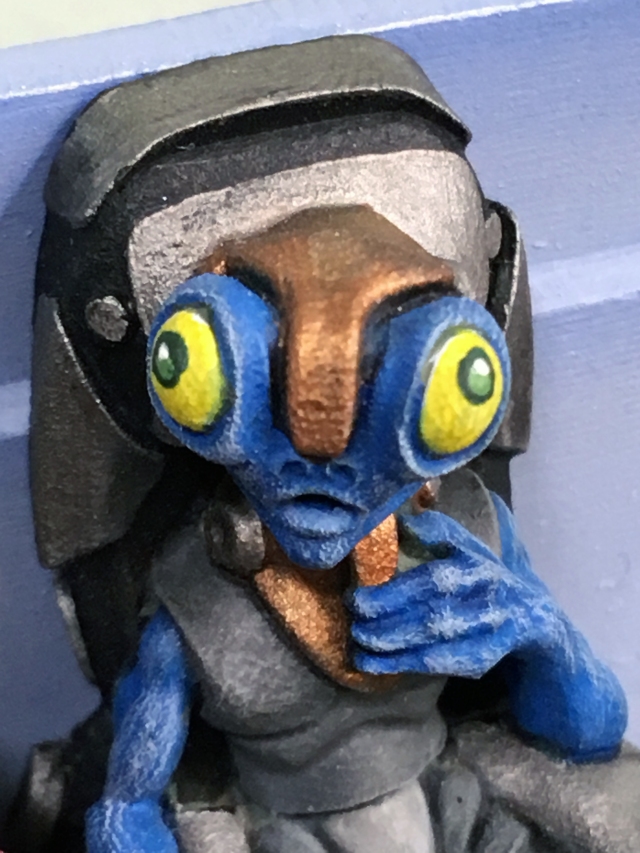 Oh, those two… What sort of hilarity will they express next?

For the BreadDoll’s December membership drive, we’ll be giving away another custom miniature*.  Subscribe to this blog during the next week, and a random Coach will be drawn for a Secret Santa surprise!

*We’re not saying exactly what you’ll receive, but it’s bound to be finger-licking’-good!

DreadBall is the sci-fi sports boardgame by Mantic games.

BreadDoll authors are dedicated and enthusiastic fans of this amazing game.